Rob Thielen is the Chairman of Waterland, which he founded in 1999.

He developed Waterland into one of the best performing private equity groups in the world, active in 8 core countries, with acquisitions in over 20 countries across 4 continents. The head office of Waterland is located in Bussum, in the Netherlands, with additional offices in Belgium (Antwerp), the UK (Manchester), Germany (Munich and Hamburg), Denmark (Copenhagen) and Poland (Warsaw). The Group has invested over EUR 15 billion in more than 400 companies across the four investment sectors of Waterland.

He is also a founding partner of Elbrus Capital, a Russia and CIS-focused private equity firm with a capital base of approximately $ 1 billion. Up to now it has invested in 17 companies of which a large number are market leaders in their sectors in the Russian Federation.

Before he started Waterland, Rob gained extensive experience in numerous (cross-border) mergers and acquisitions as manager/shareholder of RWP, later acquired by the Investec group. He was also general manager of his family’s fashion retail group. Earlier on, he worked as a turn-around consultant with IMCG and as account manager with the Corporate Finance Group of ABN AMRO Bank.

Rob was a non-executive member of the board of RPS plc, a London Stock Exchange quoted company active in environmental consultancy and of arxes NCC AG, an IT service provider quoted at the Frankfurt Stock Exchange. He was a member of the visiting faculty of the Rotterdam School of Management (Erasmus University). Rob graduated in tax law at the University of San Diego in California, USA, and obtained a degree in tax law at the Rijksuniversiteit Leiden, the Netherlands. 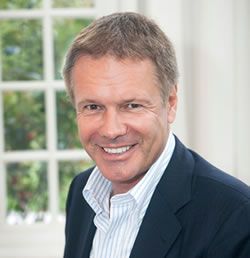